the story of 'Here and Now'

i had the pleasure of sharing a cubicle space with Lisa (Dean) Williams while we were both graduate assistants for Student Life at Campbell University.  Our days in the cubicles were kept lively by the great people we worked with (Mrs. Debbie, TMN, Jennifer, George, Mrs. Mullins, etc), and i never complained about sitting back there when everyone was in... if i was by myself, though, that was one sad cubicle.  I'l never forget some of the ways we decorated each other's spaces (for birthdays, for fun)
I also had the pleasure of watching Josh Williams play football (he was the quarterback, of course) at WCA when we were in high school, and seeing him around the community as we both went to college.
Little did I know that these two had known each other the whole time - i knew them separately, but the Duncan/Lillington/Fuquay area is pretty interconnected when you get right down to it, so i suppose i shouldn't have been at all surprised!
So not long after i'd written 'Awake' for Caleb and Adrienne, Lisa - who has always been a supporter of my songwriting - asked if i would write a song for their wedding as well.  I was very, very honored to write for Lisa, and i realized that this would be a very different kind of songwriting experience than writing for Caleb...
I met with Lisa and Josh, then emailed them a couple times, seeking to get into their heads about what their relationship had been like, what getting married meant to them, how they would describe each other, etc.  I also asked where the song would be in the service, where the wedding would be held, and what kind of musical style they might like.
I was struck by something that Lisa said at one point... she told me that they had been friends for almost 10 years, and their friendship had always been consistent, even when they were dating other people and figuring things out the 'hard way.'  She felt as if they were best friends, but that the phrase 'best friends' wasn't the right way to put it, wasn't strong enough... so, i used those sentiments to begin the verses, with the chorus pointing out that Josh's faithfulness to their friendship was a very meaningful truth for Lisa:

Best friends
What an overused phrase
True love
What does that mean these days?
You could say
That I’d be jaded by now
But you have proved to me
That somehow
There’s love here
There’s love now
In the midst of two broken hearts
There’s real love here and now
Faithful
For more than a decade
And more to come
You’re proving today
Freely
I choose to love you
All this time,
And no one’s touched my heart
Like you do
knowing Lisa like i did, and having a seat beside her every workday, i felt safer taking her perspective for this song, but i think that Josh could empathize with it as well.
Lisa pointed out in one conversation how they had both been in other relationships between dating in high school and then dating before marriage, and clearly all of those relationships had ended, some painfully, and she was thinking about the fact that though their hearts had been broken, even by each other, she knew that Josh loved her.  She also asked that i point out in the song that Christ is central to their marriage, for the non-Christians who might come to the wedding, so i tied that in during the bridge:
And I pray that God will love you through me
I want to share in love that’s never-ending
Through faith in Christ, God’s only Son
Our hearts, our souls, our lives become one
The musical style i went with, again knowing Lisa like i did, was a kind of country-folky feel... i wanted something that would appeal to the fact that Lisa is a southern lady, and would be a different kind of song than 'Awake' had been.  since then, i've really gotten sucked into folksy songwriting, and i think that a lot of that began with 'Here and Now.'
i wrote this song many years ago, and have been working on getting it recorded for at least 3 years, so i am very grateful to have it done and for Lisa and Josh to finally have a version of my wedding gift that they can keep :-)
Posted by David at 12:23 PM 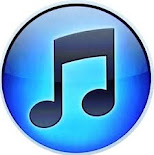 David
telling stories through song, capturing thought and emotion in word and melody